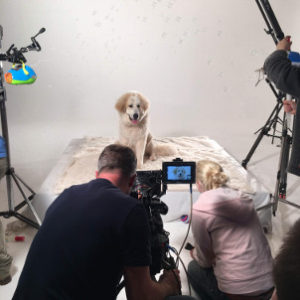 My first significant media project was in 2013 when I became involved with Channel 4’s Dogs: Their Secret Lives, presented by my good friend Mark Evans. 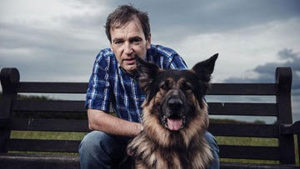 This was a series about dogs, their owners and the problems that even the most dedicated of owners can sometimes encounter!

I am passionate about the use of science-based techniques to prevent and treat behavioural disorders, so the opportunity to get involved with a series that explored these issues scientifically, as well as providing helpful tips for owners, was too good to be true!

I had hoped that some people would watch and maybe even get some advice that helped them to better understand their pet, however the response after the first episode aired blew me away! My inbox was literally crammed with hundreds of emails from owners, telling me about their own pet’s behaviour, as well as many saying that they had benefited from the advice provided in the programme. I was completely overwhelmed, but in a good way, and from that moment on I embarked upon a crazy journey into the world of television production.

Since then I’ve been involved both on and off screen on a variety of different programmes about companion animals, from those focusing on the importance of the early weeks of life in determining adult behaviour, such as The Secret Lives of Puppies and Kittens (Ch5) and Puppy Secrets: The First Six Months (ITV), to the amazing documentary portraying the natural history of dogs, Dogs: The Untold Story (Discovery International) and most recently Me and My Dog: The Ultimate Contest for BBC2.

I now even run dog awareness training courses for production companies, so that all members of the crew know how to interpret canine body language and respond appropriately.